Installation without reaction torque and no cables

Desoutter launched in September 2018 its first battery-powered impulse screwdriver on the market. Users can therefore carry out installations without reaction torque and with no hose or cable with high screw fitting quality and complete process control.

E-Pulse Battery (BLRT) is the name of the battery-operated impulse screwdriver that Desoutter launched in September 2018. The tool is suitable for assembly with torques of up to 25 Newton metres and combines the advantages of an impulse screwdriver - and its reaction torque-free mode of operation - with the control options and the documentation capability of a power tool. This increases its flexibility during installation work as cable management is no longer required and the installation time is also reduced.

“With the BLRT, users can carry out installation work very ergonomically, reliably and significantly more productively”, says Michael Loosen, Product Manager at Desoutter: “As a genuine impulse screwdriver, the tool is much faster than normal electric screwdrivers, which significantly shortens screwing times”. The BLRT also allows for high screw fitting quality and complete process control. The high quality stems, among other things, from the fact that settling phenomena in the individual screw connection is already compensated for with every impulse applied.

No reaction torque and support

As the torque is built up via numerous very short impulses, carrying out installation work with the BLRT is absolutely free of reaction torque. This means that the worker no longer feels a "jolt" when the final torque is reached, and no torque support is required. Reaction torque could not be completely avoided with previously available electric screwdrivers, even with controlled tools - except for the corded brother of the BLRT, the ELRT. A patented motor algorithm reduces the reaction forces in the new impulse screwdriver: “Theoretically, the tool can even be held with just two fingers”, says Michael Loosen, “and yet no reaction support would be necessary. In practice, the tool should be held completely in the hand for a better grip”. In any case, it should be safe to use with one hand.

Two sensors for torque and angle of rotation

The BLRT has torque and angle of rotation sensors to ensure particularly high process reliability. Users can thus implement different tightening strategies: simple torque control as well as torque-controlled and angle-monitored installation. In this way, many installation errors can be reliably detected, such as screws that are too short or too long, missing or double-inserted washers, missing seals, crooked screws or defects in the threads. “Such causes of error would not be detected with normal impulse screwdrivers”, emphasises Loosen.

Assembly planners can give the cordless impulse screwdriver up to 250 sets of parameters and programme up to ten levels per set of parameters. The integrated results memory collects up to 10,000 individual values, such as the torque and angle of rotation carried out, the date, the time and the overall result. The integrated OLED display shows the tightening results, for example torque, angle of rotation or the number of impulses. Four result LEDs give the worker even better feedback; this is also true of the colour of the screw hole lighting, which is based on the tightening result. If it glows green, the employee knows that everything has been tightened ok.

Instead of the maintenance-intensive, oil-filled impulse unit of a compressed air impulse screwdriver, the new cordless impulse screwdriver BLRT has planetary gearing. This drastically reduces the maintenance required because users no longer need to change oil. It is also because the electric (battery) drive of the screwdriver is easier to maintain than a tool operated with compressed air. In addition, the cordless screwdriver only requires a fraction of the energy that pneumatic tools consume. The electric drive can be regulated more precisely than a compressed air drive - for example with regard to the direction of rotation, speed, acceleration ramps and other parameters. This increases precision considerably.

The lithium-ion technology used by Desoutter is compatible with 18 and 36 volt batteries. The battery can be placed on the tool in two directions in order to achieve the best possible balance depending on the position. 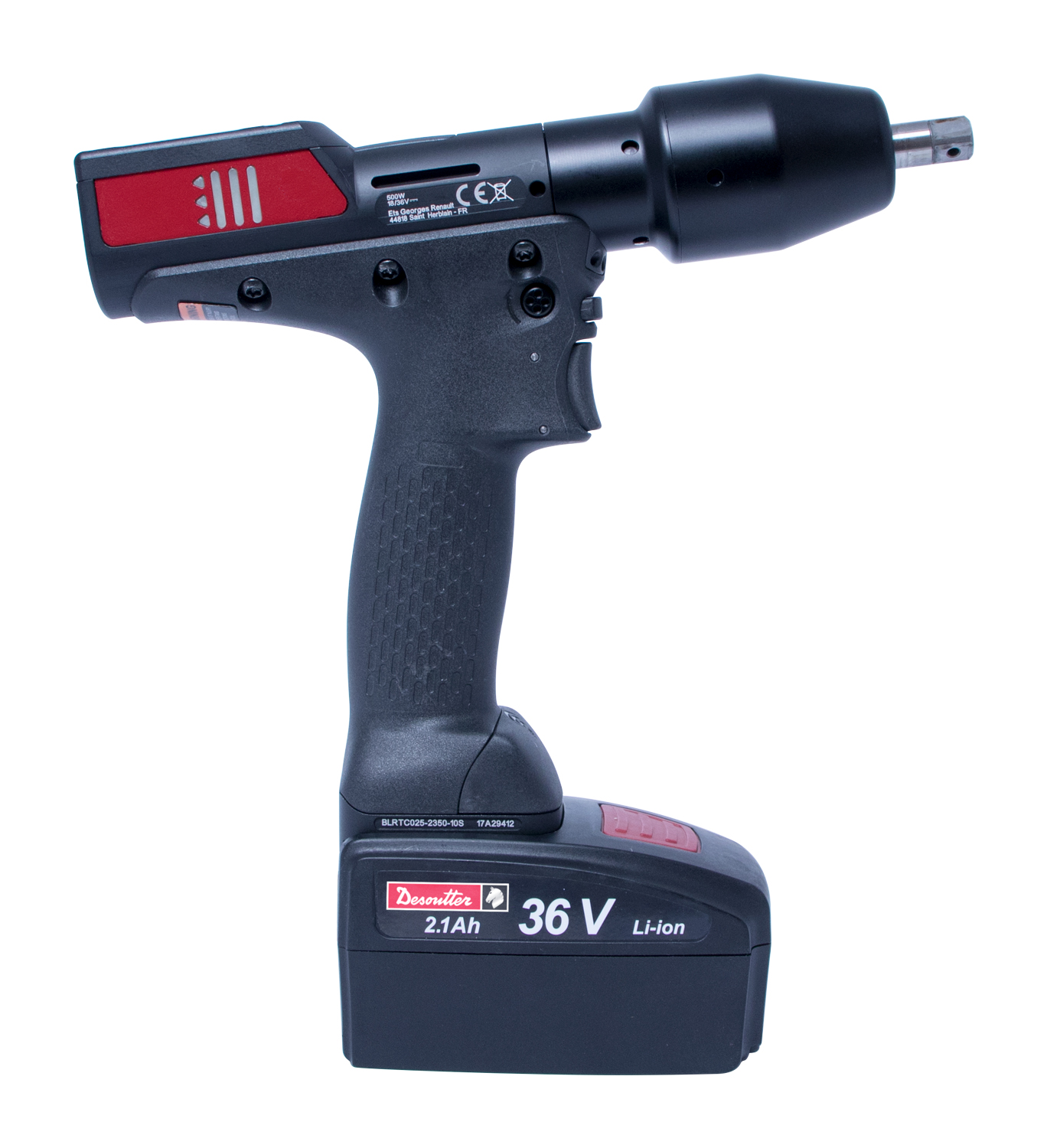 The BLRT from Desoutter is a genuine impulse screwdriver that is powered by a battery instead of compressed air. The tool is much faster than normal electric screwdrivers, which significantly reduces tightening times. In addition, the cordless impulse screwdriver enables high screw fitting quality with complete process control. (Image: Desoutter) 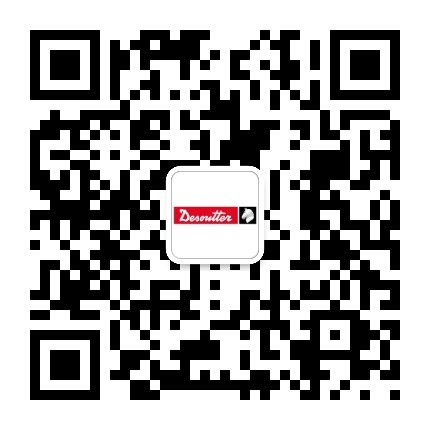